Loading SWF for the first time...
Adobe Flash is required to run this project in the browser. Enable Flash

"Fangame - Joy Mech Fight" is a... fangame of the Original game "Joy Mech Fight" released on Famicom. The game style is the same: A two-player fighting game (Or against a computer in the "Train" mode!) one against one.

Don't worry, there is no army of more than thirty robots to fight this time!

The game being a Fangame, and not an adaptation, different characters will be available to you, except Sukapon, who has attacks inspired by the original game.

In addition to Sukapon, the robots at your disposal are:
"Toyc" an American robot originally created for domestic use,
"Ginga" a Japanese robot created for space research, by evolving in space and the absence of atmosphere, it has a gravity half as powerful as other robots.
"Merim" this strange robot was found in an old ice cave a few years ago, a search device was lost, the ice apparently evolved by the machine, and a robot made of ice came out!
"Sung" A former Vietnamese military device, it has been redesigned since the last war and is now used as a training robot.
"Ropeu" an old Russian robot with a Cold War sauce, he uses sickle and hammer to fight, he uses his mountaineering rope in the middle of a duel to fight from above. Watch out for his ice and vodka bottles!
"Jiqiren" A Chinese robot inspired by old scrolls and adapted to modern technology. He spits corrosive ink to fight and creates acid bombs to violently attack his opponents!
"Amaros" A robot inspired by an ancient Nordic legend, it uses a huge eternal Jade sword to attack, it is powerful, slow and these misplaced attacks are easily punishable. Favour air attacks with him!
April, the First : + Mech Road.
The "Mech Road" is a Solo mode, played only with Sukapon, is a series of 3 levels of platforms dotted with sickly green opponents inspired by playable characters with their own attacks and movements. A character inspired by Houou will appear at the end of the third level, he will attack you sometimes before leaving. Maybe to come back...?
"Sukapokon" a greenish robot resembling Sukapon, but with some differences in hits, especially air attacks!
Don't fight him like you fight a Sukapon !

Regeneration, resistance and power capsules have also been added.

i forgot to do the updates lol sorry, I forgot this game, nobody comment it

The music used is mainly music originally from the Joy Mech Fight game, with some remixes on top. If you prefer to play the old school, a setting is available in the options to disable the appearance of remixes.

The music for the original game "Joy Mech Fight" is composed by Hideaki Shimizu, and the game was released by Nintendo on May 21 in 1993. I have no rights to the music, the official "Joy Mech Fight" logo visible on the title screen, as well as the name and appearance of Sukapon!

And there is one Youtube videos with Jiqiren and Amaros in action, but there is some French content, sorry.

Would you allow Blue maxima to host this game on Flashpoint? Considering flash on modern browsers have discontinued. 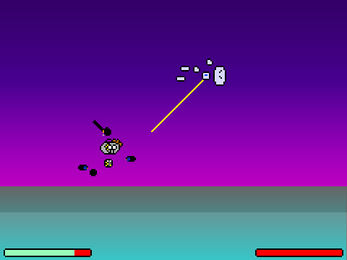 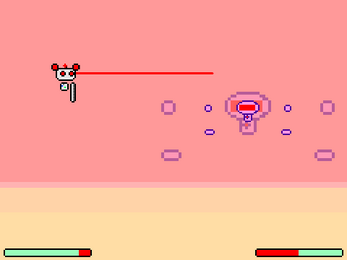 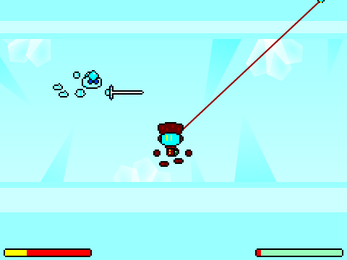 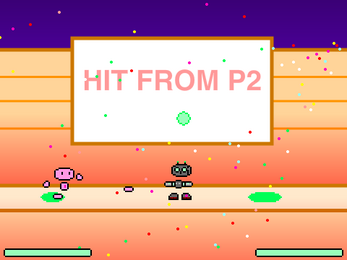 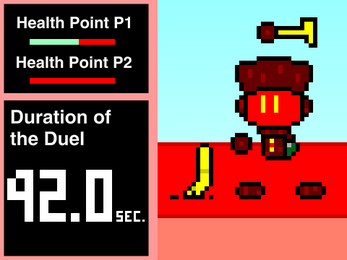 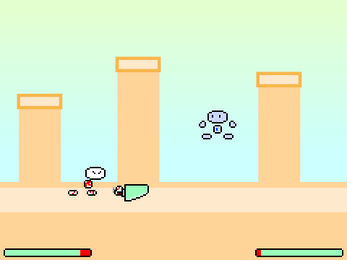 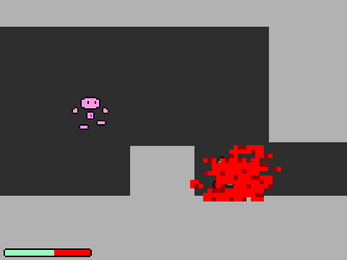 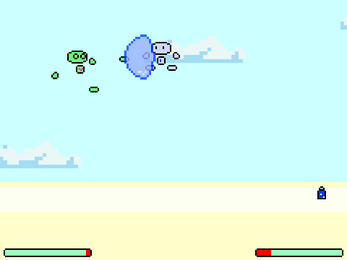 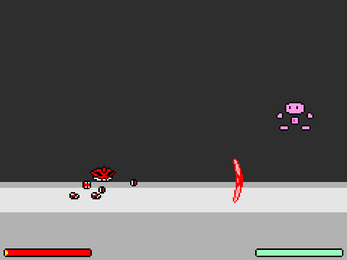